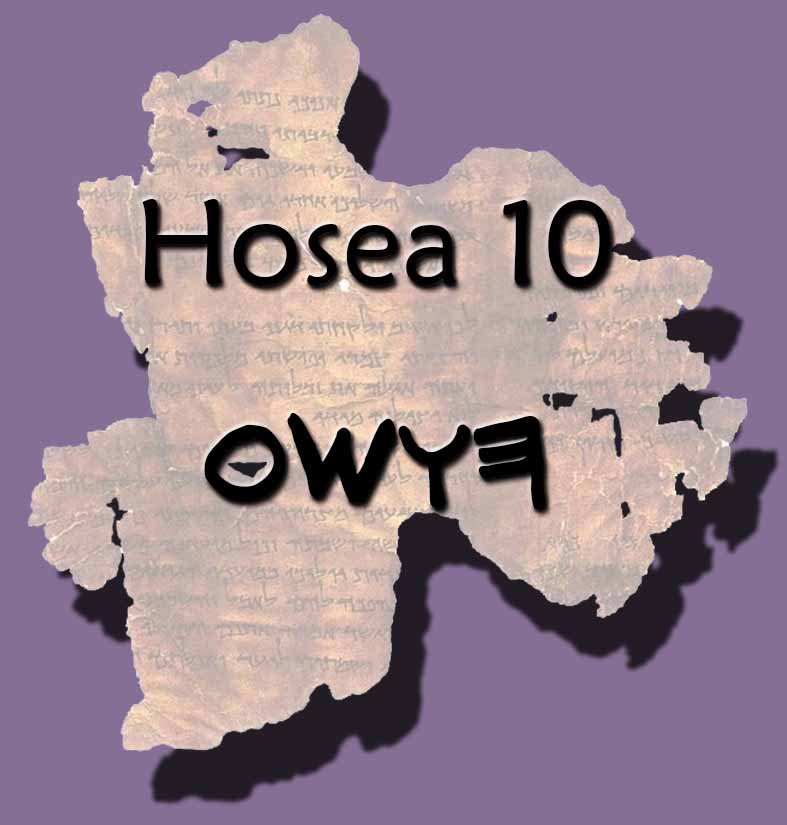 Christ taught that we would be known by our fruits. Matthew 7:15 “Beware of false prophets, which come to you in sheep’s clothing, but inwardly they are ravening wolves.” Verse 16: “Ye shall know them by their fruits. Do men gather grapes of thorns, or figs of thistles?” Keeping in mind what we learned yesterday of the analogy of our doings as fruits. What is being explained is that you have teachers that pretend to be “sheep”. They seem as harmless Israelites that follow Christ. However they are ravenous wolves meaning intensely eager for gratification thus they devour the souls of our people.

A perfect example is from a known Israelite group that sells merchandise with graven images. We have covered some of their teachings in the past. On their webpage titled “Are Images Wrong?” they quote Hosea 10:1 “Israel is an empty vine, he bringeth forth fruit unto himself: according to the multitude of his fruit he hath increased the altars; according to the goodness of his land they have made goodly images.” They emphasize the word goodly for images as if this scripture is endorsing images.

But if we examine, Israel in the previous chapter was first fruit of grapes to God; now in this chapter the vine is empty of grapes. Israel established their own righteousness bringing fruit unto himself by the idols they made with their own hands. In like fashion these Israelites Under Immense Confusion suppose that many altars is also good, the place where the images will reside. Thus this is referring to the many gods that wicked Israel had. For this reason the Heavenly Father commanded saying, Exodus 34:13 “But ye shall destroy their altars, break their images, and cut down their groves:”

If we read on there was nothing “good” in the images. The use of the word “good” is not to be confused as approval from God. Hosea 10:2 “Their heart is divided; now shall they be found faulty: he shall break down their altars, he shall spoil their images.” Like those of the past, these are not fully committed to the Heavenly Father although they call themselves Israelites. Their mind is divided, between serving God and mammon. Ravenous, their instant gratification on the sale of graven images is what blinds them into thinking its good.

How desperate they are to deceive God’s people that they didn’t even read the following verse? As it was said in the previous chapter, Hosea 9:7 “….the prophet is a fool, the spiritual man is mad, for the multitude of thine iniquity, and the great hatred.” To remove all doubt, the word good is referring to how the wicked would view the work of the artificer. Wisdom of Solomon 14:19 “For he, peradventure willing to please one in authority, forced all his skill to make the resemblance of the best fashion.” Verse 20: “And so the multitude, allured by the grace of the work, took him now for a god, which a little before was but honoured.”

We have gotten very far in this book, to know that Hosea is talking about the whoredom of Israel in idolatry (false gods). We are divided as a people because of iniquity; we must choose whether we want to unite towards serving the most High or as Hosea will continue to reveal the graven images. Be not divided in your hearts Israel follow YHWH the only true God!

To read along while you listen visit the following link: http://12tribes.net/bible/hos10/