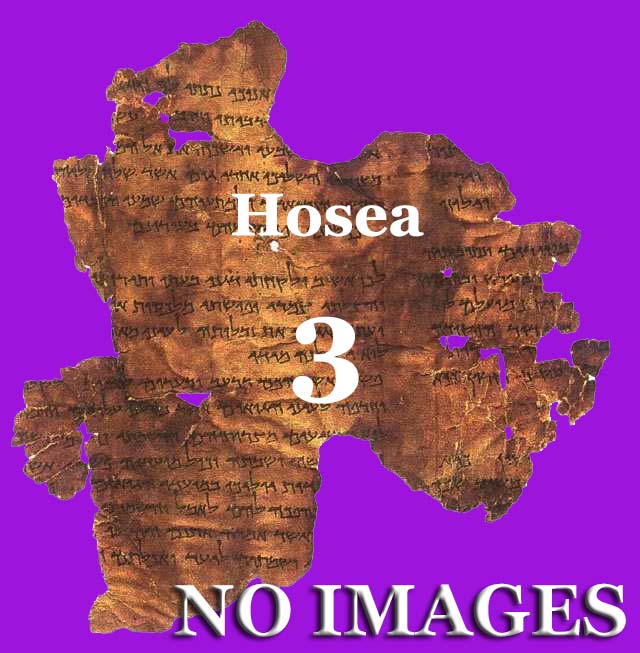 The downfall of the nation of Israel as Hosea puts it was whoredom. Meaning they committed adultery against the Heavenly Father by seeking after other gods. Although Hosea makes us understand clearly the sin, some have actually attempted to justify their sin. Some brothers that wear purple have asked “Are Images Wrong?”. They accuse brothers that teach against the sin of having graven images to be foolish Israelites that teach doctrines of devils. Within the page they get personal when they mention the person correcting them, as being “Spanish speaking” and to be envious or to have hatred towards Christ being black.

But when you continue reading for the answer to the question “Are Images Wrong?”; they seem to be blinded by their personal feelings to “Spanish speaking” Israelites. It seems that those correcting them are not as foolish as they say. They quoted Hosea 3:4 “For the children of Israel shall abide many days without a king, and without a prince, and without a sacrifice, and without an image, and without an ephod, and without teraphim:” To state, “we obviously had images and our images were taken from us”; with this explanation they dismiss what the verse is saying.

In the beginning of the chapter it let’s you know, that those images that God is removing from Israel were other gods. Hosea 3:1 “…the love of the LORD toward the children of Israel, who look to other gods, and love flagons of wine.” A little research into some of the words such as ephod and teraphim would have also revealed the sin. Judges 17:5 “And the man Micah had an house of gods, and made an ephod, and teraphim, and consecrated one of his sons, who became his priest.” It should be obvious now, that all the things being “taken” away caused sins. There are many that feel that the worshiping of an image is the sin. However it is expressly written that the making and desiring of them is loving evil things. Deuteronomy 16:22 “Neither shalt thou set thee up any image; which the LORD thy God hateth.”