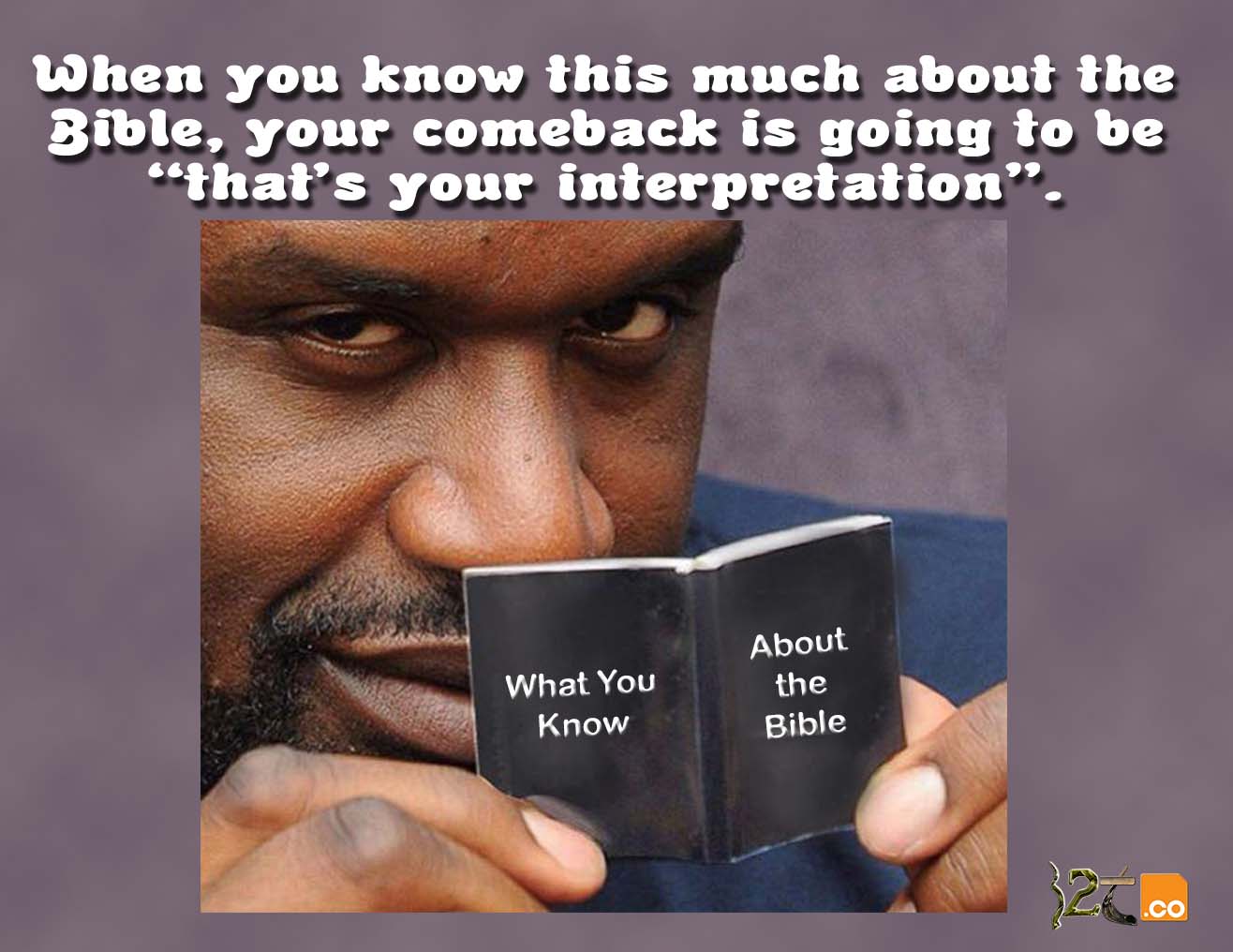 This saying has been used often to avoid correction and teachings from the scriptures. Most think they could dismiss anything said to them within the scriptures as the interpretation of that person, to keep themselves separated either by religions or organizations. The real question is whether they believe the scriptures rather than whether the interpretation belongs to that person. Since we are to prove what we say, a learned person would have the ability to discern falsehoods and judge whether its true. Romans 3:3 “For what if some did not believe? shall their unbelief make the faith of God without effect?” Verse 4: “God forbid: yea, let God be true, but every man a liar; as it is written, That thou mightest be justified in thy sayings, and mightest overcome when thou art judged.”