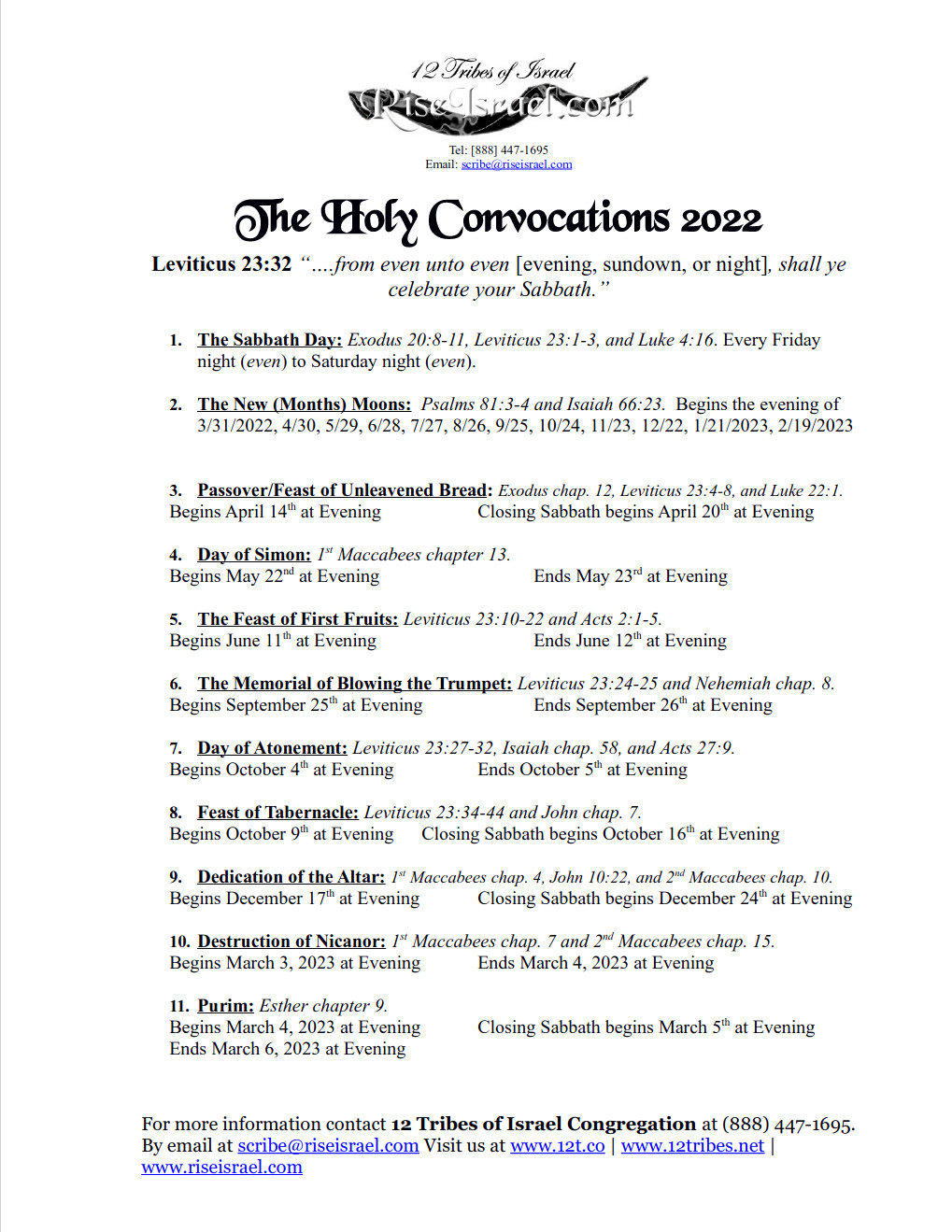 Last night during the feast of Purim we read of our forefather Mordecai who became great during the Persian and Medes empire. With the authority that he received, he was able to confirm in a letter the two days of feasting for Purim. As we approach the second day of Purim, we know that the Hebrew year is winding down and in about two weeks begins Abib which is the new year. In similar manner we would like to confirm with you the feast days that we must observe in the year, by the authority of the most High’s word. For many years, we usually around this time upload a flyer that declares the feast dates in a list. We hope this will help you to fulfill the desire to serve the most High in his appointed times.